So this is Easter - a busy time for many agents although once again the industry has shown its compassionate side by doing more good work for good causes.

Scroll down for this week’s heroic efforts, and a reminder that if you want to join them in earning publicity for such marvellous efforts, just let us know by sending an email to press@estateagenttoday.co.uk.

Gusher Primary School: Mark Durban, a lettings negotiator at Paramount Properties in London, is raising awareness and funds for Gesher, a special needs primary school that his sister-in-law is setting up and which is due to open September 2017. 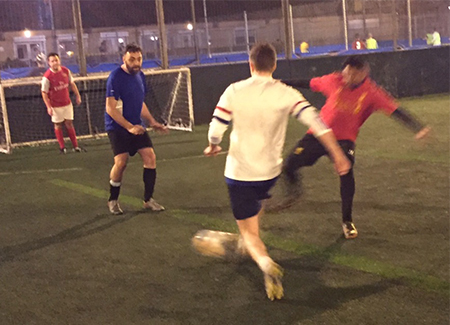 Overgate Hospice: The team at Ryder & Dutton in Halifax recently took part in a gruelling ‘Pedalling on St. Patrick’s Day’ bikeathon, an exercise bike challenge to raise money for this hospice in Elland.

Team members took turns at completing a shift on the exercise bike from 9am until 5pm with no breaks, and set out to raise £250 via JustGiving and a raffle.

You guessed it - thanks to generous donors an amazing £650-plus has been raised - well done! 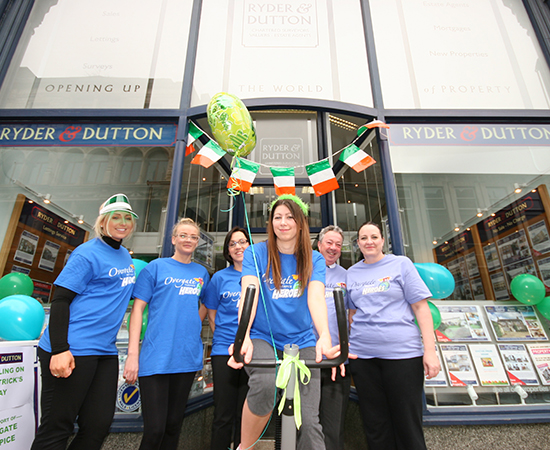 Andrews Property Group: In its 70th year this group has paid out a record £633,000 in dividends to its shareholders this year.

Projects as diverse as working with ex-offenders, youth leadership programmes and a boxing academy for young people involved in gangs have previously benefitted from funding that is channelled through the trusts which have been the sole shareholders of Andrews Property Group since 1986.

Paul Heal, chair of the Andrews Charitable Trust, says: “The ownership of Andrews Property Group is not only unique, but also incredibly special for everyone involved. Speaking on behalf of all three shareholders, I can’t stress enough what a huge difference the funding received from Andrews makes. Real projects in the communities where Andrews operates, as well as some further afield, are handed a lifeline which literally changes peoples’ lives.”

PRS Membership Officer Adam Wallace has volunteered to be one of the contestants in the ring in aid of the Noah’s Ark Children’s Hospice.

“I’m a complete novice in boxing, but the coaching that Paul Shamplina and his team provide is really great and I can’t wait for the event in May. The whole PRS team are really excited that I’m competing this year and I hope to raise awareness of the good work the people at Noah’s Ark Children’s Hospice are doing. Let’s just hope I don’t get knocked out in the first round” says Adam.

The event takes place on Thursday 26 May at The Holiday Inn, 58 Regents Park Road, London, N3 3JN. This is how you can sponsor Adam: https://www.justgiving.com/Adam-Wallace3/.

Sport Relief 2016: As we reported a few weeks ago, a team from Alexanders Estate Agency in Aberystywth undertook a 24 hour treadmill challenge - the equivalent of the distance from Aberystwyth to London.

Now Martyna from the agency has given the result:  “We were divided into lettings and sales teams, competing to do the fastest distance from Aber to London - lettings won. Altogether we have raised almost £456 from online donations and money collected in person from local people, which we consider a great success for a small town like Aberystwyth” she says - and she’s right to be proud! 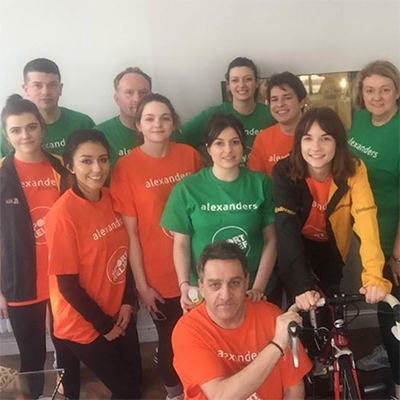 Oatlands Junior School, Harrogate: Children at this school are in a class of their own due to their immaculate appearance on the sports field - and it’s thanks to the generous support of local agency Manning Stainton.

“The children look absolutely fantastic. We’ve already received some lovely comments from parents and teachers of other schools we play against about how smart they look. The kit also includes our badge which has helped give the children a real sense of pride in playing for the school” explains Joanne King, PE Subject Leader. 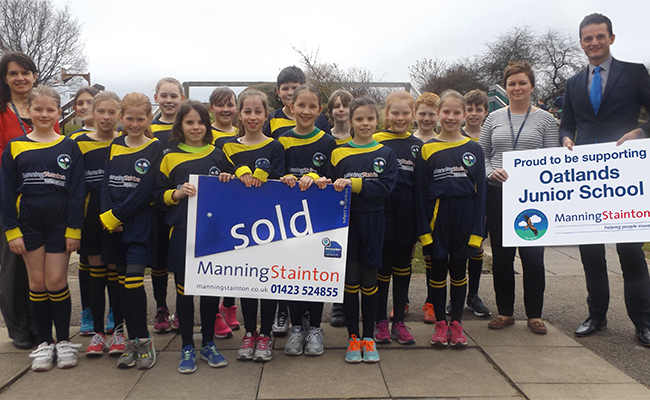 Meanwhile Manning Stainton has also supported the school by covering the print costs of a wildlife colouring book, to help raise money for the Yorkshire Wildlife Trust.

“We’re very keen to work with schools, clubs and other youth organisations in the areas in which we operate. In 2015 we made donations to over 100 such groups totalling in excess of £65,000 through our community support programme’ explains Peter Clarkson, manager of the Harrogate branch.

It’s the Bank Holiday and an extra-long weekend - although many...