Buying Unseen - not as mad as it seems says leading agent

A leading buying agent says the phenomenon of ‘buying unseen’ is the most dramatic property...

An insolvency specialist is warning that the real estate sector of the UK is seeing...

Propertymark has shortlisted five of the 700 or so PropTech suppliers in the UK, as...

The land and new homes division of Sequence has signed a deal to offer fully-funded...

Agents Do Charity - this week it’s all about young people and, er, bees

Hello and welcome to a sunny Friday and this week’s round-up of the industry’s good... 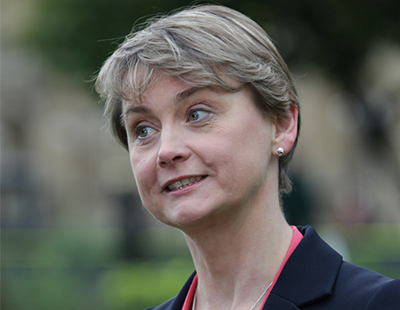 The Daily Mail has calculated which of the 13 housing ministers in office before this autumn has been the most successful, as measured by the average number of new homes they delivered during their tenure.

First, appointed in the first government led by Tony Blair back in 1997 was Hilary Armstrong: before leaving office in 1999 she delivered an average of 184,713 homes a year according to the Mail’s Money Online website. This figure, as with all others quoted in this calculation, includes social as well as private housing.

Then came Nick Raynsford, still often quoted as a respected housing minister by many across the political spectrum; from 1999 to 2001 he delivered an average of 177,647 homes a year.

Keith Hill was regarded as relatively low profile during his term of office from 2003 to 2005  but delivered a more impressive annual average of 199,907.

That total was not matched by Caroline Flint, who delivered 187,320 on average in her short 10-month time as housing minister in 2008. She was followed by veteran Margaret Beckett - another 10 months in the role, with an annual average of 157,110 homes.

First up in that administration was Grant Shapps, who had cut a name for himself as an outspoken shadow in the dying years of Labour. He was housing minister in the coalition from 2010 to 2012 and delivered an average of only 139,380 homes per year.

Mark Prisk, in office from September 2012 to October 2013, delivered an annual average of 138,430. Despite earning the respect of many in the agency and wider property sectors because of his surveying background prior to entering Parliament, his score was the lowest of any of the 13 housing ministers analysed.

The popular Brandon Lewis - housing minister in the final year of the coalition and then the first year of the majority Conservative government - delivered annual average 157,825.

Theresa May’s ascendency to Prime Minister this summer led to the little known Gavin Barwell taking office in July. He has “still to prove himself” according to the Mail.

Three of the four candidates standing for the Labour leadership have...