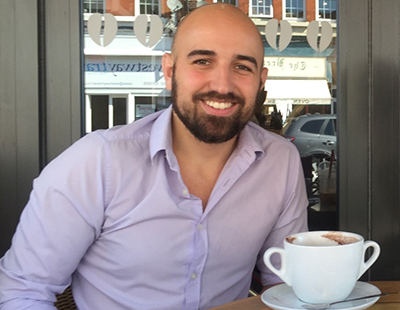 An Essex estate agent who believes he is the youngest in the industry has explained his success to Estate Agent Today - and he has also revealed why he has chosen to create a hybrid/online agency and not a traditional one.

Fergus Harding founded Harding Estate Agents in Southend-On-Sea last year, when he was 21. In his first year he claims he has sold over £15.5m of property and won three awards including one voting his firm 'Best Estate Agent in Southend’. And within one year of trading, he is operating at a profit.

Fergus says his success started after he was turned down for a pilot training programme by EasyJet, where he worked at the time, because of a historic medical condition.

"Having gained some useful customer facing service and sales experience I decided to take my new found skills into the real estate industry. I joined a very successful local letting agency - Prime Property Management - to gain experience" he says.

Fergus then went through a recruitment agency to find a role as a sales and lettings negotiator in a small firm at Leigh-On-Sea: after 13 months he said he "increasingly believed the whole selling process could be streamlined and made much more affordable for customers. Seeing the traction of new online agents such as Purplebricks and eMoov I could see the market was shifting."

His belief was that he could offer accompanied viewings, drone photography, video tours and social media exposure in return for fees lower than those charged by traditional agencies.

"The first couple of months were tough. It took quite some time to grow a brand whilst I pounded the streets during the winter of 2015. Easter 2016 came and business started to boom" he says.

Now, 11 months into the first trading year "I have so far sold over £15.5m of both residential and commercial property across Essex & Greater London. By having a low-cost fixed fee model we have managed to successfully save over £190,000 in agency fees for our customers, each saving an average of £3,500" explains Fergus.

"Our biggest achievement is that we have done exactly what we set out to do - give our customers more for less. Our service is rated very highly and many of our new listings are through word of mouth. We were delighted when our service was mystery shopped and won two awards including Gold Winner 2016 and voted Best Estate Agent in Southend-On-Sea by The British Property Awards" he says.

"Initially the business was 100 per cent boot-strapped from my own savings but it's now self funding and has a profitable run rate. I intend on re-investing to grow the business further including potentially franchising my brand and expanding into lettings" he adds.

The story of Fergus is an inspiring one when, according to some, the industry is losing jobs and when the market faces economic and political uncertainty.

Do you have an inspiring story of how you set up your agency, whether traditional or otherwise? If so, please let us know on press@estateagenttoday.co.uk.

The son of an Oscar winner has been named as the...

A director of Essex estate agency Beresfords has announced his retirement...