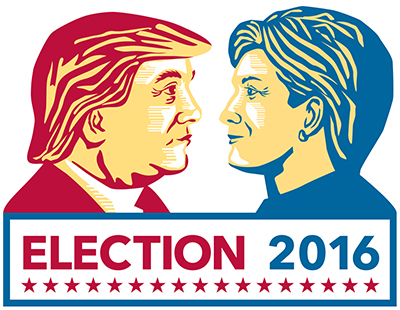 Some sectors of the industry have been giving their initial reactions to the shock Donald Trump victory in the US presidential election.

She adds: “We are also likely to see some wealthy US citizens, particularly those most offended by Trump, move to the UK as some of our American clients hinted to us prior to this outcome. Foreign buyers, particularly those from the Middle East and of Muslim faith, may enter the London property market, too, as they decide not to buy property in the US due to his remarks about banning Muslims from entering the country.”

Another central London buying agent Simon Barnes has tweeted that it is "hard to see anything positive" about the news of a likely Trump victory. Former agent and now the man behind the Viewber agent support service Ed Mead quipped: "When lots of states voted to legalise marijuana yesterday it wasn't clear they were all smoking it BEFORE voting."

Anthony Codling, investment analyst at Jefferies, has told City AM: "Our favourite new build development in Nine Elms, which is also the site of the new US Embassy, may see an uptick in demand should disillusioned wealthy and mobile US citizens seek relocation".

British agency companies quoted on the London stock market have performed relatively well despite the widespread share price volatility after the Trump victory.