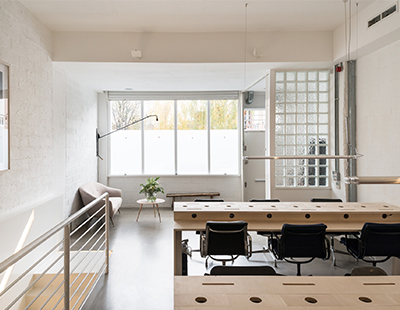 The Modern House, the London firm which calls itself “the UK’s first design-focused estate agency” is now selling units on volume developments.

The agency, founded in 2005 by two journalists, specialises in listing architect-designed properties, many of them one-off. But it now also sells units on large scale schemes like Greenwich Peninsula and NEO Bankside.

The Modern House has also moved into new premises in the King’s Cross/Islington area of London (pictured above).

“We’re proud of the role we’ve played in guiding buyers looking to invest in modern architecture over the past 10 years.  The appetite for striking, modernist homes continues to grow and it’s an increasingly valuable asset class in which clients are ever more discerning” says co-founder Matt Gibberd.

The firm says it has sold some 700 homes over the past 10 years.

Hunters is hoping to defy the long-running slowdown in the London...

The controversial raffle of a home reportedly purchased in 2014 under...

A man has been prosecuted for fraudulently attempting to purchase a...