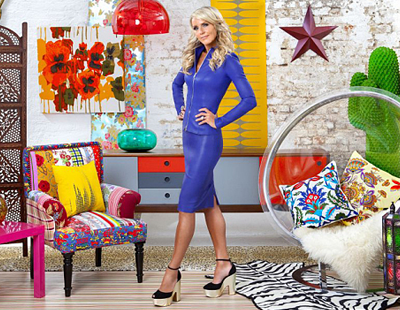 A TV property show presenter and an estate agent's wife have reportedly been involved in a lurid fight that started with a bust-up between their husbands and ended with the arrival of the police.

According to the Daily Mail and the Daily Telegraph, Celia Sawyer - presenter of the BBC show Your Home In Their Hands - allegedly had some of her hair pulled out in the spat with Nicola Still, whose husband Nigel owns estate agency Stephen Noble.

The incident apparently happened on the late August Bank Holiday weekend at a yacht club in the exclusive, high-priced enclave of Sandbanks, near Poole in Dorset.

Sawyer, 49, was believed to have been at the club with her husband Nick, at the same time as the Stills.

Speaking to the Daily Mail, a witness at the Sandbanks Yacht Company said: “There was an argument in the club between the couples and then all hell broke loose. Nick ended up being accused of tripping up Nigel. They’re all now really embarrassed about the situation - especially that the police were called.”

However, the Stills have denied to the Mail that they were even present.

Both newspapers report that Dorset Police confirmed officers had attended the yacht club after reports of an assault on Saturday August 29.

Independent agency Sawyer & Co has announced the opening of a...