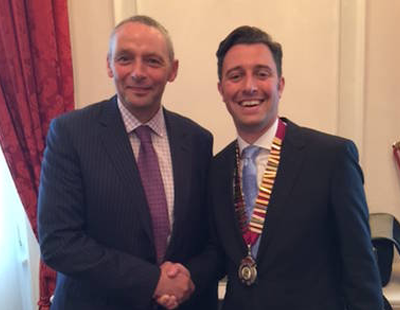 Martyn Baum has been appointed as youngest-ever president of the National Association of Estate Agents, with a pledge that he will aim to make the organisation and its standards better known by the general public.

Baum started his career in property 16 years ago as a trainee at an independent estate agency firm in Loughborough; he became an equity partner nine years later.

He then joined Hartley’s Estate Agents to launch a new start office, before becoming a managing partner. He is currently sales partner at independent Loughborough firm, AJR, where he takes what he calls “a hands-on role” talking to vendors and buyers.

“I am proud of what the NAEA stands for and the fact that members have chosen to sign up to the code of conduct. We need to continue to spread the word of the association far and wide. I will continue to increase the number of regional conferences and will aim to increase public awareness of the organisation” he says.

James Dearsley: What do we think of PropTech’s first academic report? ...

On behalf of The University of Oxford, Professor Andrew Baum has...