Home set up and utility management service Just Move In is the latest partner on Reapit’s... 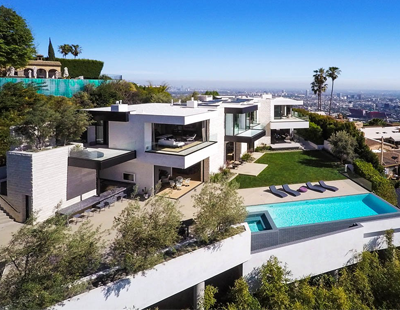 We are accustomed to increasingly lavish CGIs, fly-throughs and even the (short-lived) 3D floor plan. Now the United States has led the way with a customised video costing a cool $40,000 or £25,750, all to sell one home.

It is to publicise 9133 Oriole Way in Los Angeles, described on Zillow - the US equivalent of Rightmove - as “this sexy contemporary masterpiece perched atop the premier Bird Street, Oriole Way, in the star-studded neighborhood at the 50 yard line of Beverly Hills and West Hollywood, just minutes from Rodeo Drive, Soho House & the legendary Sunset Strip.”

The point is not so much the bling, the specially-written rap soundtrack or the high production values, but the fact may be that what happens in the US now may well happen in prime central London tomorrow.

9133 Oriole Way comes on a plot of just under half an acre with a fitness centre, hot tub, hardwood flooring - oh, and eight bathrooms. There is parking for 12 cars.