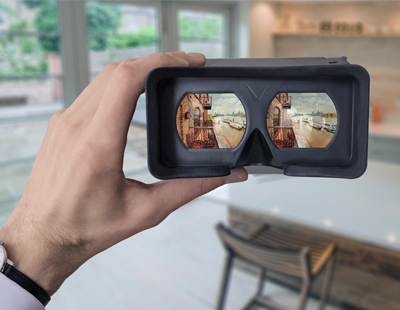 A London start-up is the latest to launch virtual reality technology aimed at estate agents and property buyers.

Launched last week, VirtuEye captures 3D images of a property which are then fed into a smartphone app.

The smartphone then needs to be connected to an ‘inexpensive virtual reality headset’ which allows viewers to be ‘transported’ to the property to undertake a virtual tour.

VirtuEye says it is not trying to replace viewings but is trying to narrow-down the choices for buyers which, it says, will save agents time.

The start-up also says that traditional property photography is often misleading and a true sense of space is hard to obtain.

The firm’s co-founder, Ronaldas Buozis, comments: “We've managed to launch an accessible and faithful experience in three dimensions, something which has never been achieved before. It is truly as good as actually being there.”

Tim Hammond, CEO of Agent Centric, says that users of Periscope – which allows live broadcasting – should be aware that the technology was not designed specifically for estate agents.

He goes on to list seven potential pitfalls of using the app to broadcast live property viewings including competing agents using broadcasts to promote their own properties, abusive live tweets and the fact that Periscope currently only functions in portrait mode, which doesn’t allow properties to be showcased effectively.

Meanwhile Alan Nash, director of ACE Property Management in Edinburgh, who claims to have been using Periscope to carry out viewings since April, has again taken to his blog to praise the innovation.

“I can hear the older generation of Property Managers and agents grumbling now. They will not be ready to embrace change and advancing technology. ‘We've always done things this way and have had no complaints,’” he writes.

“That's fine but the younger generation, the generation of renters and young landlords will be using Periscope and trust me you'll be chasing the forward thinking companies when you try to catch up!”

He says that as well as property viewings, he has been using the app as a management tool, allowing him to keep in touch with his staff, show landlords repairs and communicate with tradesmen so they can physically show him properties’ problems.

Nash’s full blog can be read in full here.

A Scottish agent is the latest to praise the app Periscope,...