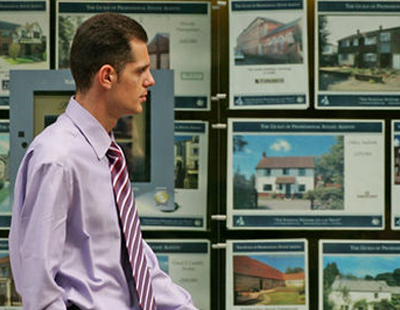 A journalist has described the estate agents she has recently dealt with as 'borderline trustworthy' and 'downright agreeable', much to her surprise.

In an article published in The Financial Times titled: 'Why we should admit we love ‘hateful’ estate agents', which also appeared in The Irish Times, columnist Lucy Kellaway writes that she has recently been spending time with 'everyone's least favourite professionals'.

Her perceptions, however, were not perpetuated by the agents she has recently been working with.

Kellaway lists four things she previously thought ‘wrong’ with agents – including costs and estate agentese – but then goes on to write that ‘not one of the dozen or so I’ve met from various firms has been more than slightly aggravating’.

Backhanded compliments they may seem, but Kellaway goes on to write: “On both buying and selling sides they have been civilised.”

“They have been on time for every appointment. They have not tried to push properties at me that are obviously hopeless."

After this she begins to state some of the criticisms regularly levelled at agents in the mainstream press and asks why agents aren’t ‘extinct’.

“Estate agents, who were hated long before Tim Berners-Lee gave up train spotting to invent the world wide web, were always going to be the first to go, come the internet age. Instead the reverse is happening: as I cycled through Islington on my way home the other day I counted 17 estate agent shop windows in one street,” she writes.

The piece then concludes with the journalist explaining why she thinks it is ‘we really hate estate agents’.

She says that agents ‘are doing something we could do for ourselves’ and asserts that people are at their most irrational when buying or selling properties.

Yesterday we reported on Elliot Lee, an outer London agency which has been criticised by The Guardian for ‘double-charging’ clients.

In Conversation Today – ‘I've always believed agents should be regulated’ ...

In this week’s In Conversation Today, I am delighted to chat...

Online estate agency eMoov has announced the appointment of a new...

It’s time to put something back into the community, says agency owner ...

An independent estate agent based in Leicestershire has urged agents to...