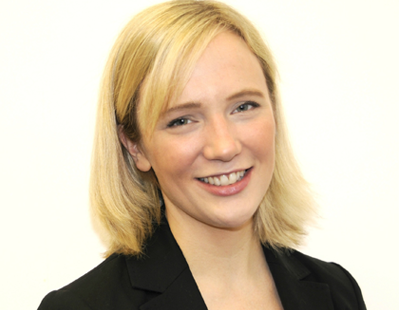 Stella Creasy - a long-time campaigner against what she regards as rogue practices by estate agents and letting agents - now says she is “absolutely open” to the idea of being deputy leader of the Labour Party.

Earlier this week we reported that Sky News tipped Creasy as one of 10 potential Labour leadership candidates, but on BBC Newsnight the outspoken Walthamstow MP dismissed the speculation. She said there were already many “good candidates” in the running for party leader.

However, when asked whether she would be interested in becoming deputy leader her response was: “Yes. I am open to the question, absolutely.”

Creasy has an overwhelming majority in her east London seat, extending her 2010 majority of 21,252 to 28,779 last week, despite the generally poor showing of the Labour Party elsewhere.

Earlier this year Creasy handed out awards to the best - and worst - sales and lettings agents in her constituency, and last year she used her role in the old Labour opposition front bench to criticise the use of “introductory fees” being levied by estate agents in some sales hot spots.

In the early stages of the election campaign Creasy had a fierce war of words in Twitter with Eric Walker of Northwood lettings agency. Creasy tweeted: "Being attacked by letting agents 4 daring 2 suggest their biz model has structural probs 4 consumers - why labour would ban fees!"

On one occasion Creasy, having been told why fees are charged, went on to liken letting agents to loan sharks with the tweet: "Of course arguing everyone does it  so not problematic [is] not strongest point #sodidloansharks."

Two years ago Creasy also opposed the coalition’s decision to shift responsibility for agency overview from the defunct Office of Fair Trading to the NTSEAT at Powys.