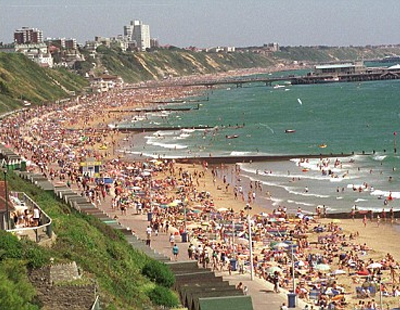 Average house prices in the UK’s seaside towns have increased by a third over the past decade.

The research by the bank, which used data from the Land Registry, pinpointed Devon town Salcombe as the UK’s most expensive seaside town with an average property price of £672, 874.

This was closely followed by Dorset hotspot Sandbanks, which has an average property price of £614,726.

Halifax says all ten of the UK’s most expensive seaside towns are in the South of England.

Outside Southern England, the most expensive seaside locations in the UK are the Scottish towns of St. Andrews and North Berwick.

“Seaside towns have a distinct attraction, offering that all important sea view with a typically high quality of life in a healthy environment.  There is a romance associated with living by the sea and this is evident in the high house prices seen in many of these areas,” says Craig McKinlay, Halifax’s mortgages director.

Michael Riley, the managing director of Capital & Coastal in Dorset, says that the substantial increase of house prices in coastal towns demonstrates how much people want to live by the sea.

"The growth of the internet era has borne a generation of people who have much greater flexibly through working remotely, either full-time or part-time, and therefore do not need to be constrained by city life. In our experience, most people who buy in affluent coastal areas like Mudeford, Sandbanks or Lymington have had some kind of windfall, usually through the sale of a company or a lottery win, but either way, purchasing a seaside home is always high on the agenda," he says.

Riley adds that while minimal building can now take place on the UK's coastline, demand for existing properties in these areas will continue to increase.

The average price of a property in a British seaside town...

A TV property show presenter and an estate agent's wife have...