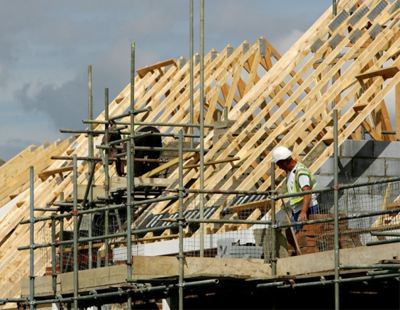 There's bad news for Britain’s politicians who are using house-building targets as policy objectives in the election - over two thirds of UK housebuilders believe many of the  targets are simply undeliverable.

A survey by high end agency Knight Frank says delivering more than 180,000 new homes a year is unachievable according to 67 per cent of builders. Only nine per cent say it is possible to build more than 200,000 residential units a year.

Although the Conservatives have not publically stated an official nationwide housebuilding target, Labour, the Liberal Democrats and UKIP have all pledged to build at least 200,000 new homes a year or more, recognising the need to address the shortfall in housebuilding across the country.

More than half of all developers and housebuilders in the Knight Frank survey say a rise in the delivery of affordable homes over the next year is unlikely, even if there there may be a rise in the number of total housing starts and completions.

In addition the survey shows that:

- some 78 per cent of housebuilders expect new-build prices to rise over the next 12 months, with many expecting rises of up to five per cent;

- no fewer than 91 per cent expect a rise in construction costs amidst the continued pressure on housebuilders;

- greenfield land prices will rise, according to two-thirds; and

- some 58 per cent claim the Community Infrastructure Levy is leading to a drop on development volumes.

A law practice says HM Revenue & Customs is launching a...

An intervention by a magazine has led to Purplebricks refunding the...

A new PropTech platform says its central feature will be the...