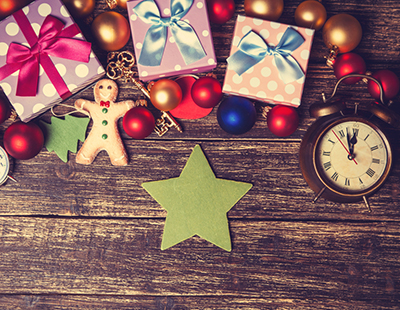 The week before Christmas last year was the busiest week for housing completions at any time in 2012, 2013 and 2014 according to GetAgent.

Research by the comparison website suggests that more than 33,000 people completed their move in Christmas week last year as all those involved in chains worked extra hard to get buyers into their new homes before the festivities began.

According to GetAgent’s data, in 2014 there were 17,479 people who completed seven weeks before Christmas. This jumps up to 33,191 in the week before Christmas and then drops off to just 7,640 during Christmas week.

“Many people are starting to slow down the week before Christmas but our research indicates that is not true for all those agents and lawyers involved in property sales,” says Colby Short, the website’s chief executive.

As a useful hint for consumers with children, GetAgent suggests those moving house in the next few days should calm any worries about Santa turning up at the wrong house by asking children to write a letter to Father Christmas letting him know of the new address...

Time to sell soars by over 110 days in worst hit part of Britain ...

It now takes an average 12 days longer to complete a...