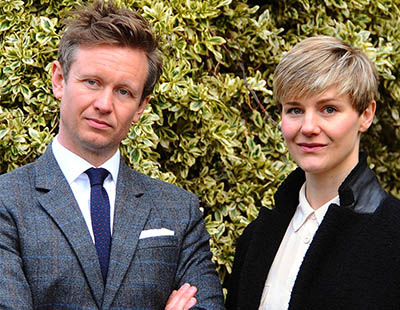 A company that describes itself as a hybrid between a traditional and an online estate agency is opening a new branch next month - in an interiors shop.

Mr & Mrs Clarke, a sales and lettings agency in Warwickshire, is opening the pop-up in Leamington Spa in the new year; it will operate for three months.

“We’ve been running a hybrid estate agency for 18 months and are looking to expand. We don’t want to open a big flash office on estate agents corner of the High Street because one of our main USPs is that our fees are lower than traditional agencies” Paul Clarke, one of the owners, has told Estate Agent Today.

“So we’re teaming up with an interiors shop and launching a pop-up estate agency. It will give us exposure and create a buzz. We’re starting in Leamington Spa and have plans to pop up across the country in 2016 and 2017” he says.

He says he backs recent statements by Countrywide, Britain’s largest estate and selling agency group, that hybrid agencies may hold the future to the industry. “Hybrid estate agencies are modern firms, who are real people with local property expertise, who do everything a traditional agent does but often charge lower fees, but don’t have the High Street office” he says.

Mr & Mrs Clarke currently has its main office in a rural location. “People don’t see us on the High Street and presume that we are an online agent. We’re therefore launching a pop up in Leamington Spa from January 4 for three months.”

The pop-up will be in Thrills Of The Emporium, an interiors store run by Eleni Bradshaw. “I know a lot of people who don’t like estate agents and I worried about their reputation. But the Mr & Mrs Clarke team are very different, they don’t wear suits and they’re really nice” she says.

Leamington Spa in Warwickshire has been named as the happiest place...