We know so many agents do good fund-raising during the festive season - here are just a few who made contact with us by emailing press@estateagenttoday.co.uk.

Merry Christmas to them and all who have worked so hard in 2015 to ensure worthy causes receive more funds. We salute you!

Naomi House: Anthony Ward Thomas, founder of removals business Ward Thomas Removals, plans to undertake a never-before-attempted challenge to pedal and row across the Atlantic in a unique boat. His aim is to raise £100,000 for Naomi House, a Hampshire-based children’s hospice, which looks after children with life-threatening and life-limiting illnesses.

Anthony will be joined on the challenge by James Ketchell, who has undertaken several extreme challenges before, including scaling Mount Everest. They will set off from the Canary Islands in late January, finally landing in Antigua a minimum of 45 days later. The gruelling challenge will require the men to row and pedal 24 hours a day, in two-hour rotations.

Anthony and James are urging businesses and individuals to get behind their challenge and help them hit their target of raising £100,000. You can follow their training and progress at www.pedaltheocean.co.uk or on Twitter at @pedaltheocean2 #pedaltheocean

Nepal Earthquake Relief: Estate agent Paul Campbell from Campbells in Daventry is leaving for Nepal on Sunday to help re-build some homes in Nepal. The village he is going to is approximately 6 hours northeast of Kathmandu known as Thangkalpot 1.  Nearly a million homes in Nepal were destroyed in the earthquakes back in April. A lot of villages were cut off and Thangkapot 1 was one of them – even now it is extremely difficult to get to and aid, for all sorts of reasons is just not getting through.

He says fundraising has been going well and a lot of local businesses and clients have helped.

If you want to follow his journey then here are the links to the various websites and social media pages.

Make A Wish Foundation: Chiltern Relocation recently did a fun run for Make a Wish Foundation - you can read about it here: http://www.chilternrelocation.com/ready-set-ho-santa-fun-run-for-chiltern-relocations-charity/

Ty Hafan Hospice: Conveyancing Association sponsors, members and delegates collectively raised the last £3,000 required to reach the £50,000 target for the Ty Hafan Children’s Hospice. A very special thanks to  conference organisers - Modern Law and the team at Lawyer Checker, for their kind sponsorship and the donations made by the 120 guests at the CA Dinner at the end of the event.

The Matterhorn Challenge was a prelude to the launch of The Conveyancing Foundation Free Legal Fee Charity Competition, which has been running for the last five years and which has raised over £320,000 for charity. 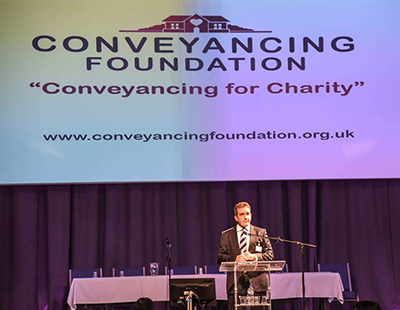 Belvoir Charities: Belvoir offices have raised over £20,000 for charity, to celebrate 20 successful years in business. “This is a superb result,” says Dorian Gonsalves, Belvoir's Director of Commercial and Franchising.

Gary and Amanda Pemberton of Belvoir Warrington raised about £6000, with Amanda running the London marathon and husband Gary taking part in the London to Paris charity cycle race to raise funds for The Children's Adventure Farm Trust, which is a haven for terminally ill, disabled and disadvantaged children across the North West.

The team at Belvoir Leamington Spa did a sponsored silence and fancy dress day, whilst the Belvoir Melton Mowbray and Bingham offices took part in a sponsored mountain climb to raise £1300 for The Cystic Fibrosis Trust and local air ambulance.

The money was raised by donating £10 for each property that exchanged contracts in the financial year. An agency spokesman said "We very much look forward to continuing our support for the EAAA, It has been a very successful year for our offices across the region and we are delighted to be able to contribute towards such an important and vital charity." 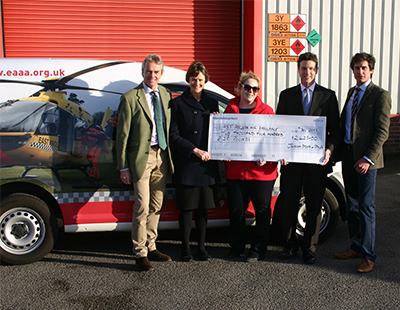 The branch network trebled the number of coats collected from last year, contributing almost 1,600 of the 2,500 collected in total. The coats have now been sorted and are being distributed to needy Londoners.

Jackson-Stops & Staff is undergoing a rebrand including the creation of...

Agents Do Charity - with a rugby twist for the World Cup ...

It’s Friday so it’s time for us to salute those agents...

A hybrid franchise agency is looking for new partners to expand...