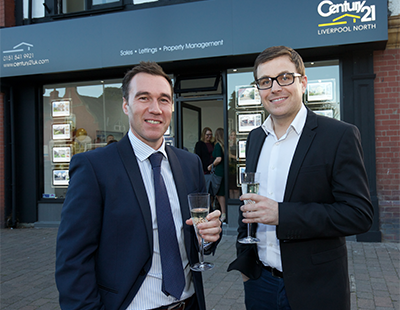 Century 21, which describes itself as "the fastest growing agency franchise in the UK," has announced its seventh office opening in 2015.

The latest office is located in Liverpool's Crosby Village and is to be operated by Dan Pennington and Ian Ambrose who have been offering property consultancy services in Liverpool for two years.

The new office will operate across the whole city and will offer full estate agency, lettings and management services, valuations and investment assistance.

This is the seventh new Century 21office opened in 2015 and means that the group now has over 50 branches across the UK. Some 14 of those offices were opened in 2014 alone.

Rob Clifford, chief executive of Century 21 UK and group commercial director of Shepherd Direct Group - the UK franchise holder of Century 21 - says this country's operation is in the upper quartile of the 77 nations in which the brand operates, and one of the most successful operations in Europe.

London agency Chestertons is launching a franchise offering which will allow...